Supermac’s founder hits out at €380,000 cost of defending injury claims

Four of the cases were dismissed, two were withdrawn in court, one was settled for €9,000 while a claimant was awarded €26,250 damages in another.

But while there was €35,250 paid out in awards, the legal cost of defending the eight claims was far greater.

In one case which was defended in Tullamore Civil Circuit Court, Supermac’s paid €101,508 in legal costs after three personal injury claims were settled for a total of €9,000. The claims were brought after a hot plate shattered at the Obama Plaza in Moneygall, Co Offaly. The plaintiff claimed shards of glass entered her eye and said her two children suffered emotional distress after witnessing the incident.

The personal injuries summons said the fragments were removed and there was superficial damage suffered. The mother received €5,000 while her two children received €2,000 each.

The fast-food chain spent €32,920 defending a separate claim where a woman said she suffered “possible PTSD” and stopped eating in restaurants after she allegedly found a thumb-tack in her chips.

The case was withdrawn in court after footage emerged of her dining in a hotel.

In her affidavit, the claimant said she felt a sharp pain in her left jaw and suffered nightmares following the incident.

She claimed she stopped eating in restaurants and became anxious about her children possibly swallowing a thumb-tack.

Supermac’s also incurred costs of €65,000 defending a slip-and-fall case in the High Court which was later dismissed.

The company was also hit with legal fees of €10,788 for a separate slip-and-fall case which was also dismissed after CCTV was produced.

Speaking to the Irish Independent, Mr McDonagh said insurance companies tend to settle as the cost of going to court is “so great”.

Supermac’s currently has 116 outlets across the country, while Mr McDonagh also owns the Só Hotel Group, which includes six hotels, and the Plaza Group, comprising six motorway and national route service stations across the country.

He said there are currently 62 personal injury claims pending against his various business interests.

“That figure doesn’t include the franchisees,” he said.

Mr McDonagh said it is disheartening when you win a case and are still hit with huge costs.

“Sometimes you get the result, but you don’t always get the justice,” he said. 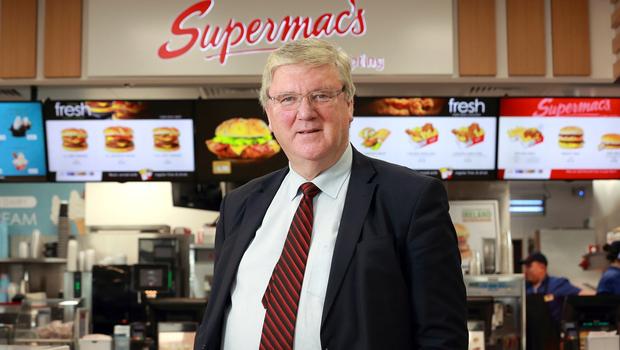 We use cookies to ensure that we give you the best experience on our website. If you continue to use this site we will assume that you are happy with it.
By clicking “Accept”, you consent to the use of ALL the cookies.

But opting out of some of these cookies may have an effect on your browsing experience.

Any cookies that may not be particularly necessary for the website to function and is used specifically to collect user personal data via analytics, ads, other embedded contents are termed as non-necessary cookies. It is mandatory to procure user consent prior to running these cookies on your website.

Analytical cookies are used to understand how visitors interact with the website. These cookies help provide information on metrics the number of visitors, bounce rate, traffic source, etc.

Advertisement cookies are used to provide visitors with relevant ads and marketing campaigns. These cookies track visitors across websites and collect information to provide customized ads.